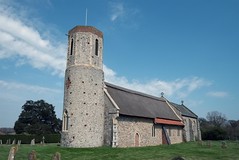 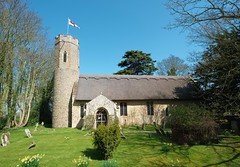 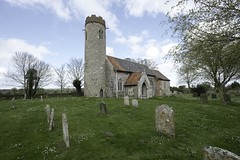 USAAF friends were leaning on this five bar gate (or the one it replaced) in Houghton. Yellow cowslips were in flower all over the field and in the centre were the mounds of a large rabbit warren.

I was sitting on the warren, quietly, fishing. Just seven years old I had decided to catch a rabbit for the pot. Fresh from success in the River Ouse by the mill I’d decided to use a similar technique – the rod was a stick and suspended from it in the mouth of a burrow was a carrot. Another stick was at hand to dispatch my catch. Nothing much was happening until I heard a voice calling “Hey, Kid! Hey, Kid!” – with an American accent! No it wasn’t Brer Rabbit, it was S/Sgt Blaska.

I went over to the gate. The men were friendly and I was given a book of cartoons – Private Buck – which I treasure to this day. Perhaps they were thinking of their children back at home. I learnt recently that Norbert Blaska died June 4, 1993 – very sad because I really wanted to thank him again.